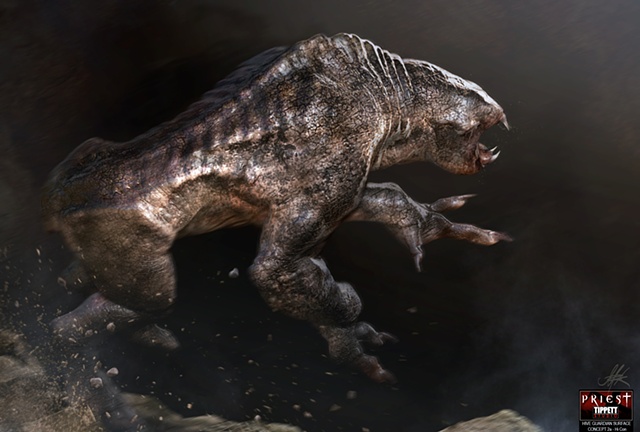 One of the concepts for the 'Hive Guardian' creature which Paul Bettany's character in 'Priest' battles at the end of the film in question. Meant to be an 'uber-version' of the drone characters from the film on steroids, this fellow was created with the idea that years of defending the Hive in an unforgiving terrain had given it a rough hide which was near-inpenetrable. however, his belly was still soft and fleshy... which ultimately proves to be his demise.

This concept was ixnayed due to it's skin being a bit too 'dino-like'. exposed tendons and smaller scales were the order of the day.

This creature was designed entirely at Tippett studio, by me and my team. Unfortunately, we were not accredited as such... you Heard it here first folks!