Just a little t-shirt graphic, a hodge podge of quasi-arcane elements slapped together to give the essence of the 'secret society' of drunken inebriation and wanton destructive tendencies that this group adheres to.

As hodge-podge as it looks, every element 'means' something. it's meant to seem indecipherable to a certain degree, but with a humorous bent. 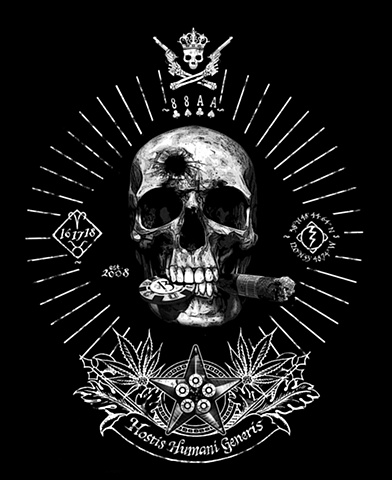