On SEA MONSTERS I was responsible for the environmental look (key art) and build of the creatures. Since it was IMAX stereo, a lot of the little tricks you would normally do to integrate the characters in comp were not possible, such as heavy edge blurring, pronounced depth fading, atmospheric perspective, etc.

You have to see it in stereo to 'get it'. Otherwise, in 2d, it all looks like suspended cutouts.

4k Stereo renders are killer. that's 8k per stereo frame. and some of the creatures, to hold up, had to be built as high as 32k.

This particular creature i designed with a complicated 'exploding' mouth, not unlike a real fish. imagine origami in cg form, and you have an idea. the artists hated me for it initially, but i think it resulted in the most realistic fish mouth yet put to film. 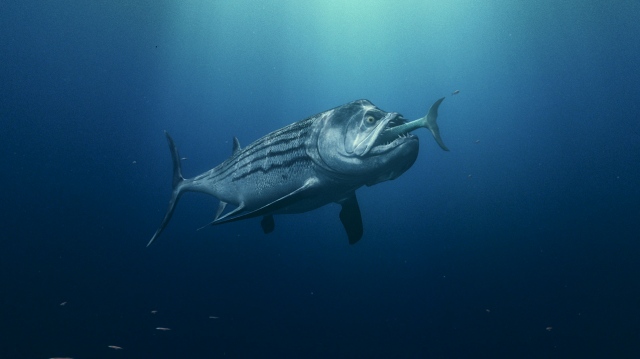