This is a portion of the Protoceratops design which I produced for Paleo and client approval. There have been a good many representations of this creature out there, and I had to glean what was useful from those recreations while still trying to create something natural and one-of-a-kind.

I find, often, dinosaurs are designed a bit too much to be 'monsters' rather than natural organisms. I n the case of this creature I wanted to impart an innocence without falling into the anthropomorphic trap. It had to be an animal, not a 'character'.

I tried, as much as possible to make this illustration as representative as possible. By painstakingly assuring the scales were represented in the art, it meant that the guesswork was removed from the texture/surfacing step, and the artists could just dive in without fear of revision. 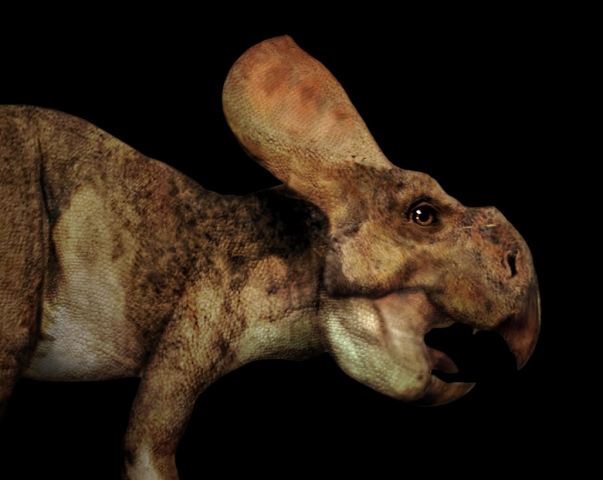