"Before We Ruled the Earth" Evergreen Films / Discovery

I was art director, creature designer and also the main link between the paleaontologists and the team for this show. This is one of the developmental sketches that came out well. In the end, we did not have Smilodon in the film, but Megantereon. We did have the mammoth, but only in it's winter coat. In the summer, they shed a substantive amount of their almost woolly coat. In retrospect, it would have been a lot easier to create the summer coat in cg. Fur, at that point, was a more than hairy proposition. 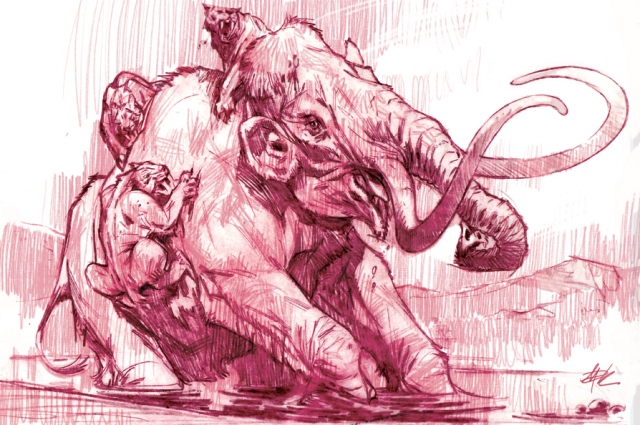