When I was first approached to do the designs for the new robots in screamers, I spent a good amount of time with the director talking about the tone of the film and the concepts behind it.

It was at that time i put forward this rough idea for a film poster. The idea of a haunted planet at the far reaches was intriguing to me, so i riffed on the evil 'red robot eye' sun peeking over the outline of a mysterious distant planet. As well, the planet itself is a desert wasteland, so i tried to convey that by using rich red and ochres as much as i was able to give a dusty, forboding allure to the scene.

I think something similar was done, using the head of the 'human' screamer, which i did initial concepts for. 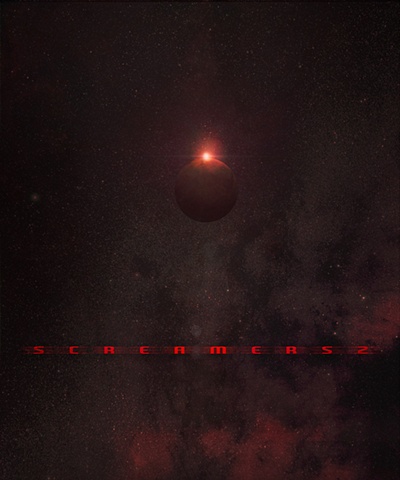